REASONS TO ENROL YOUR CHILD

Is your child’s behaviour of concern to you? Why not enrol them in our highly disciplined therapeutical classes that will improve your child’s self control.

Your child will learn more about the value of respect, humility, honour, courage and patience

Is your child losing concentration at school? Our Martial arts programs aim to embed the children with laser beam focus

Our programs get children to interact/engage with others.

Creating Taekwondo champions, role models and leaders with over 35 years experience in doing so

book your one free lesson now!

Grand Master Hassan has worked very hard to revamp his Martial Arts curriculum traveling around the world, gaining knowledge about the latest training techniques, methods and drills then carefully selecting the most effective, fun, practical and modern way of teaching. Ccreating exciting programs for practitioners of all ages, levels and different personalities.

We have adopted and combined these training techniques, methods and disciplines to complement each other thus creating the fast, powerful, mobile, fun, exciting and dynamic Pinnacle progressive Martial Arts programs.

Develop your child’s motor skills, social skills, concentration and discipline. Most of all, a class full of FUN!

Reach your own Pinnacle through structured Martial Arts training all while getting fit and learning effective self-defence techniques.

Grand Master Hassan has trained and competed all over the world, gaining knowledge about the latest training techniques, methods and drills then carefully selecting the most effective, fun, practical and modern way of teaching. Creating exciting style for practitioners of all ages, levels and different personalities.

We have adopted and combined these training techniques, methods and disciplines to complement each other thus creating the fast, powerful, mobile, fun, exciting and dynamic Pinnacle progressive Martial Arts style.

The Grand Masters and black belt Master Instructors at Pinnacle Martial Arts in Sydney have over 150 years of combined experience in various popular martial arts & Self Defence which is rarely paralleled by any other martial arts academy. You will usually find this experience on the floor at one time passing their knowledge and skills to their students.
The World class Black Belt Master Instructors at Pinnacle Martial Arts are a minimum of 5th Dan globally certified. To really provide the best possible Martial Arts classes in Sydney. 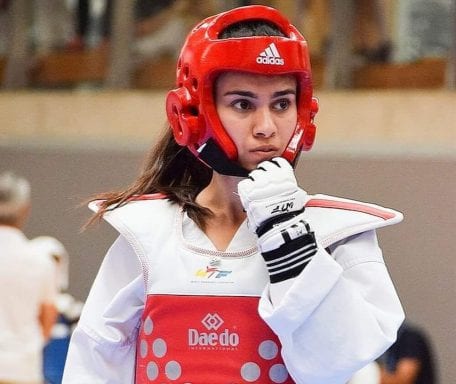 Rose Liu | The Pinnacle Martial Arts team truly live and breathe the sport, having trained many athletes who have competed on the international stage, as well as recreational practitioners who choose to practice Taekwondo to build confidence, fitness, and resilience. Olivia Tarlamis | Pinnacle Martial Arts instructors in Marrickville & Chester Hill have helped me build my confidence, and also has helped me become a better dancer. I have achieved a Gold Medal at the 2016 Australian Championships in Victoria in Black Belt Division. 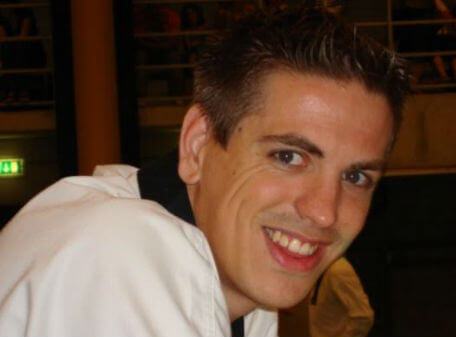 Martijn Oostendorp | I started training with Pinnacle Martial Arts Marrickville in March 2015. From day one, I enjoyed the high quality training and friendly the atmosphere at the club. I relocated from The Netherlands, where I practiced and taught Taekwondo for over 20 years 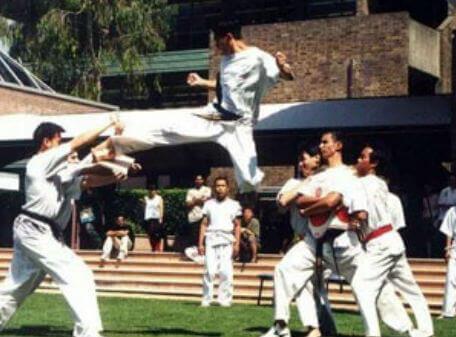 The Master Instructors at Pinnacle Martial Arts Academy in Sydney have over 150 years combined experience in Martial Arts which is unparalleled by any other Martial Arts Academy. You will usually find this experience on the floor at one time passing their knowledge and skills to the students. Our least experienced instructor holds an impressive Black Belt 5th Dan from the Kukkiwon World headquarters, therefore providing the highest quality of training anywhere in the world.

Pinnacle Martial Arts World Class Instructors, our Grand Masters, Master Instructors and Coaches are all highly renowned and certified nationally and internationally. Our team are always keeping up to date with the latest trends, rules, techniques and scientific training methods to provide the best for our students through skills, knowledge, experience and caring and safe environment.

Once you move through our Self Defence program you will develop a deep sense of confidence, pride and self-respect. Come learn Self Defence near you with the experts.

HOW PINNACLE SELF DEFENCE IN MARRICKVILLE WILL BENEFIT YOU

Are you looking for the following Martial Arts Self Defence in Marrickville?

At what age can children start Martial Arts lessons?

Children can start Martial Arts classes with Pinnacle as young as 3 years old in our Mini Rangers Programme, this is suitable for boys and girls.

Do all ages and fitness levels train together?

No, all our classes are split to be age and fitness specific. Our Taekwondo and self-defence classes are all specifically catered to better the skill and fitness of the age group.

What variety of programs do you offer at your clubs?

Our programs are: Mini Rangers 3-7 years, Martial Rangers 7-12 years, Teenager, Adults and Taekwondo High Performance training which have proven to be extremely popular over the years. We also offer pre-school and schools programs in Sydney, which are designed to suit specific needs and capabilities.

What are the charges?

We offer a range of programs and packages to suit different budgets and needs. We recommend that you come in for a free trial lesson and speak to our friendly staff for all the information and costings required.

Where are your studio’s located?

Are your instructors qualified?

All instructors at Pinnacle Martial Arts are fully accredited from the renowned Australian Sports Commission and all our instructors are certified with Kukkiwon and the World Taekwondo Federation. Additionally, all instructors have ‘Working with children’ checks and First Aid Certificates.

How many children are enrolled in each class?

We have an excellent Master/ Instructors to student ratio to ensure that your children have all the support and experience to assist with their development as well as their specific needs.

What are the benefits of your programs?

Are parents/and adult supervisors permitted to watch their children train?

Yes, we have created a safe and family friendly atmosphere in our studios. We believe that the presents of family will motivate the child, especially when they first begin.

How long will it take for my child to reach black belt level?

We have a belt structure in place that helps us reward and recognise your child’s improvement and development, we hold every three months.

Depending on the students commitment Black Belt can be achieved in 3-4 years.

Will this Martial arts program trigger violence in my child?

Our program is designed to promote respect, discipline, and self-control. Our thorough education by our masters during our classes will ensure that there is no violence used.

What type of martial Arts disciplines & styles do you teach?

Do we need to share with you our child’s medical history?

Yes, it is imperative to be aware of their medical and unique needs to ensure we work with your child in a way that is in harmony with his/her medical needs, especially in cases of epilepsy.