Taekwondo in Marrickville, Fitness, Discipline, Effective Self Defence, Korean Karate, The dynamic Martial Art of Taekwondo for Kids and Adults In Marrickville

At Pinnacle in Marrickville and Chester Hill Sydney, we have incorporated many disciplines and integrated the dynamics of Sports Taekwondo, Kung Fu, Korean Karate, Traditional Taekwondo, Hapkido, Boxing, Kick Boxing and fitness to provide the most practical and effective Martial Arts self defence techniques for kids, teens and adults.

We have adopted these disciplines to complement each other thus creating the fast, powerful, exciting and dynamic Pinnacle style.Pinnacle designed popular programs to suit the specific ages and levels of our members

Develop your child’s motor skills, social skills, concentration and discipline. Most of all, a class full of FUN! 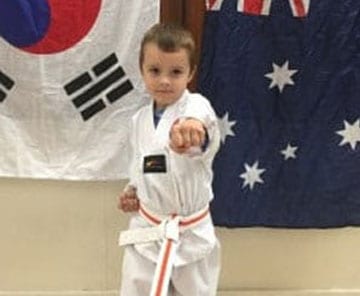 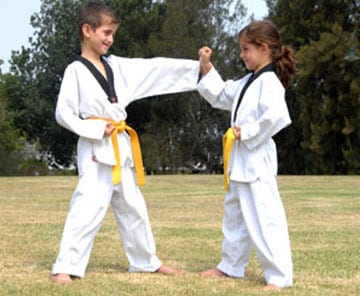 Reach your own Pinnacle through structured Martial Arts training all while getting fit and learning effective self-defense techniques. 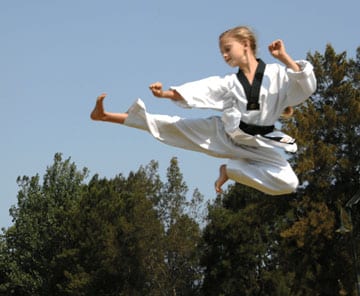 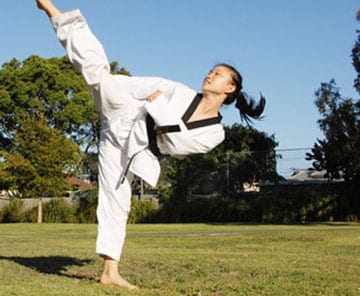 Take Taekwondo to the next level, Train and compete under the guidance of world class coaches. 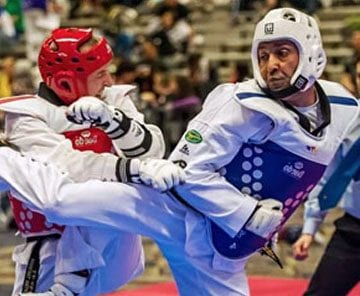 With over 150+ years of Experience, there are even more programs that will definitely suit your preference. 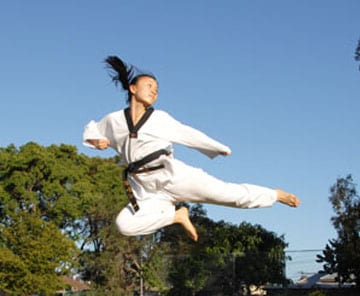 At Pinnacle, we have incorporated many disciplines and integrated the dynamics of Sports Taekwondo, Kung Fu, Korean Karate, Traditional Taekwondo, Hapkido, Boxing and Kick Boxing and fitness to provide the most practical and effective self-defence techniques for kids and adults.

We have adopted these disciplines to complement each other thus creating the fast, powerful, mobile, exciting and dynamic Pinnacle Martial Arts style.

The Grand Masters and Master Instructors at Pinnacle Martial Arts in Sydney have over 150 years of combined experience in martial arts which is rarely paralleled by any other martial arts academy.You will usually find this experience on the floor at one time passing their knowledge and skills to their students.

Instructors at Pinnacle are a minimum of 5th Dan globally certified. To really provide the best possible Martial Arts training in Sydney

Rose Liu | The Pinnacle Martial Arts team truly live and breathe the sport, having trained many athletes who have competed on the international stage, as well as recreational practitioners who choose to practice Taekwondo to build confidence, fitness, and resilience.

Olivia Tarlamis | Pinnacle Martial Arts instructors in Marrickville & Chester Hill have helped me build my confidence, and also has helped me become a better dancer. I have achieved a Gold Medal at the 2016 Australian Championships in Victoria in Black Belt Division.

Martijn Oostendorp | I started training with Pinnacle Martial Arts Marrickville in March 2015. From day one, I enjoyed the high quality training and friendly the atmosphere at the club. I relocated from The Netherlands, where I practiced and taught Taekwondo for over 20 years

LEARN WITH THE TAEKWONDO EXPERTS IN MARRICKVILLE

Taekwondo is the most popular and widely-practiced form of Martial Arts in the world.

Taekwondo is a dynamic and spectacular form of Martial Arts and is one of the most systematic and scientific Korean traditional martial arts, that teaches more than physical fighting skills. It is a discipline that shows ways of enhancing our spirit and life through training our body and mind to work as one. Taekwondo is one of the most popular and exciting Olympic Sports for Females and Males.

The Master Instructors at Pinnacle Martial Arts Academy in Sydney have over 150 years’ experience in Martial Arts which is unparalleled by any other Martial Arts Academy. You will usually find this experience on the floor at any one time passing their knowledge and skills to their students. Our least experienced instructor holds an impressive Black Belt 5th Dan from the Kukkiwon World Taekwondo headquarters, therefore providing the highest quality of training anywhere in the world.

Pinnacle Martial Arts World Class Instructors, our Grand Masters, Master Instructors and Coaches are all highly renowned and certified nationally and internationally. Our team are always keeping up to date with the latest trends, rules, techniques and scientific training methods to provide the best for our students through skills, knowledge, experience and caring and safe environment.

Once you move through our exciting Taekwondo program you will develop a deep sense of confidence, pride and self-respect. Come learn Taekwondo near you with the experts

Are you looking for the following Martial Arts Taekwondo in Marrickville?

The voucher may be used with Pinnacle Martial Arts & Taekwondo In Marrickville Inner West & Chester Hill South West Sydney which is a registered activity provider for registration, participation and membership costs for Taekwondo, Martial Arts,  sport, fitness and active recreation activities. The voucher can be used at any time during the calendar year it was issued.

Is Pinnacle Martial Arts & Taekwondo Near Me?