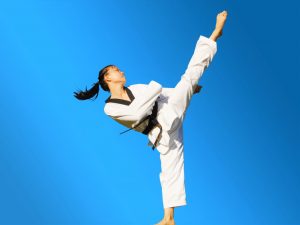 Pinnacle Taekwondo  Martial Arts in Marrickville and Chester Hill in Sydney is a popular Martial Arts combination of the Martial Art of Taekwondo, Kung Fu, Japanese Karate, Korean Karate, WT Taekwondo, Boxing, Kickboxing , and Martial Arts Self Defence and Fitness designed to suit kids, teens, adults, and families of all levels and goals.

All Ages All Levels:

Pinnacle Martial Arts in Marrickville Inner West Sydney classes are Safe & Suitable for kids, teens, and adults of all ages and levels. Whether you are a beginner or an elite athlete, or someone looking to enhance your performance in another sport. Pinnacle Taekwondo Martial Arts will help you achieve your goals.

You or your child will learn from Grand Masters, Master Instructors, Elite Coaches, and experienced Trainers in a motivational and practical way.