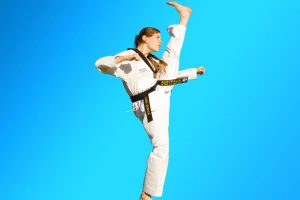 Kung Fu would be the martial arts style that kids like to learn. Watching their favourite heroes perform a high jump kick or a super punch would enthuse them and they would be all about learning the popular sport. But is kids kung fu only about style and grace?

Kung Fu is a martial arts style that kids can train in. Pinnacle Kung Fu Influenced Martial Arts that is a top mix of Taekwondo, Korean Karate, Japanese Karate, Boxing Methods, Kickboxing Methods, Kung Ku and effective Self Defence techniques and methods selected from various popular Martial Arts. The Pinnacle Kids Kung Fu influenced Martial Arts helps kids to be better citizens when they grow up in life. It provides them with a host of health benefits that improve their life manifold. So, today let us have a look into why Kung Fu is the best ever martial arts training technique for kids and why they should train in it:

These are some of the benefits that kids kung fu influenced martial arts would provide the practitioners with. For the best training, enrol with the best martial arts training academy in Inner West Sydney and its suburbs.

We have adopted these disciplines to complement each other thus creating the fast, powerful, exciting and dynamic Pinnacle style. Pinnacle Martial Arts Taekwondo Academy in Sydney designed popular programs to suit the specific ages and levels of our members.

The voucher may be used with Pinnacle Martial Arts Kung Fu In Marrickville Inner West & Chester Hill South West Sydney which is a registered activity provider for registration, participation and membership costs for sport, fitness and active recreation activities. The voucher can be used at any time during the calendar year it was issued.