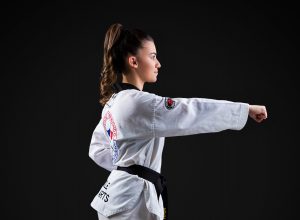 For most people, martial arts and self defence would have entirely different objectives and they wouldn’t share any relation at all. Martial arts would be the technique where the artists are trained to strike and destroy the opponent.

Martial arts, as the name denotes, shares two contradictory ideas – war and art. But martial arts, one of the oldest art form developed by man, has withstood all the test of time and thrived by educating cultures in the art of self defence. Martial Arts and Self Defence have developed a unique symbiotic relationship over the years. Let us look at the reasons that define it:

We have adopted these disciplines to complement each other thus creating the fast, powerful, exciting and dynamic Pinnacle style. Pinnacle Martial Arts Taekwondo Academy designed popular programs to suit the specific ages and levels of our members.