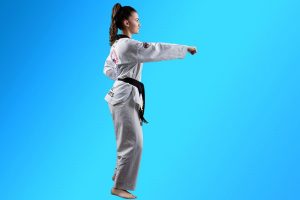 Martial Arts and Self Defence for People with Disabilities

Does everyone think martial arts are for people with full body features only? Society says so, considering the entire stigma circulating within this specific topic. After all, one cannot sense his aggressor without his vision, or one cannot strike a punch without a fist.

But as the market for this service grows, so does the crumbling of the assumed thoughts about disability. Now, disabled individuals are signing up for martial arts.

Is Martial Arts a Thing from the Past?

In a context definition of Martial Arts, they are the fighting sports that many would see in highly-regarded sports events like the Olympics. Martial Arts became some of the most awaited highlights of the events. However, martial arts fulfilled a different role in society in ancient times.

Most of the martial arts that the world adores originated in East Asia, specifically around the parts of Buddhist-centric countries like China, Japan, India, and Bhutan. Martial arts existed as a discipline that youngling monks needed to execute during their rigorous training. Many mainstream media nowadays misinterpret Kung Fu as a pure martial art technique. In some variant cultures, Martial Arts serve as a dance or an executable pattern during formal events, guests of honors, and Buddhist events.

As the dawn of modernity closes in with these traditions, this begs the question: could martial arts only be a thing of the past? The answer is that while the modern era changed the purpose of the art, trainers and masters still uphold the form and shape of Martial Arts through discipline.

Unbeknownst to the general populace, the value of martial arts still holds prestigious value within the contemporary setting. As it stands, Martial Art is a five billion dollar industry divided into many affiliations and affairs. The most obvious associations of Martial Arts are with various sports events worldwide. Olympics events alone—where most of the sports are martial arts—garnered eight billion dollars worth of revenue from 2012 to 2016.

Martial Arts also made its way to mainstream media as the West romanticizes the combat techniques of the discipline. Celebrities like Jackie Chan and Bruce Lee made a fortune from comedy action movies revolving around martial arts. Even the series of Kung Fu Panda by Dreamworks produced six hundred million international box office sales.

Of course, there are direct means of service within the industry. For instance, gyms would employ trainers to try and teach martial arts as a combat skills. There are readily available schools and training centers specifically for these types of martial arts.

Anyone can learn the techniques from martial arts, even disabled people. There are a plethora of reasons why they should learn martial arts.

Martial arts are combat techniques that require the movement of the body. In hindsight, this means workouts before studying the discipline or as the individual learns the field. Muscular strength will increase as is with the joints’ flexibility. Martial arts also allow better body coordination and an enhancement of one’s reaction time.

Many regard disabled people as individuals of liabilities. This was society’s portrayal of the disabled community; they are weak, helpless, and devoid of potential. Studying martial arts, discipline gives these people confidence, but they can now defend themselves. Martial arts, therefore, can be a societal tool in breaking the stigma that continuously envelops the notion of disabled people.

Karate is the most famous martial art, even in the mainstream media, as movies depict it as a series of punches and kicks. It features offensive strikes coming from a person’s limbs to impart a blow to the opponent. The discipline of Karate intends to deliver atrocity to the aggressor to subdue them. Disabled individuals can still attribute Karate by focusing on the limb parts that are still complete.

Although people greatly misinterpreted its true purpose, Kung-Fu is a popular martial art. The virtue of Kung-Fu means total patience, discipline, and mastery over any subject that its user wants to learn. Thus, mastery’s integrity reflects how precise the movements are in this combat skill. Studying Kung-Fu develops a holistic approach of patience, virtue, and discipline for disabled participants.

Aikido and Judo are martial arts originating from Japan. It involves turning the opponent’s strength against them. While Aikido focuses on disarming and deflecting attacks, Judo can be an offensive combat skill that locks the enemy’s position. These martial arts are the most suitable techniques for disabled individuals because it adds physical security to them.

Apart from the famous Martial Arts, another technique had risen from the staple combat techniques specifically for disabled people. People call it Criptaedo.

The development of this combat skill technique was personal to Paul Brailer. Suffering from spina bifida since his birth, his defect hindered his potential. Many disabled peers in his immediate community died at the early age of 30. Until the house robbery in his hometown, Ohio, he decided to devote his time to self-defense. Studying martial arts then led him into pioneering his technique, one that’s apt for his niche.

Criptaedo is a variant of Japanese Karate that caters specifically to disabled persons. Its philosophy centers on using the opponent’s power against them rather than thrusting a force of their own. The concept thus makes this art technique more of defense-based combat.

Martial Arts training is a series of practices and disciplines that takes years to perfect. Even normal people with capable bodies train for months, if not years, to hone these particular combat skills. Thus, signing up for martial arts training can raise costs beyond the financial capabilities of a disabled person. Fortunately, disabled individuals can call on NDIS if they decide to boost their confidence through self-dense training.

NDIS is a statutory agency in Australia that aims to help fulfill its participants’ dreams and goals. However, for anyone to participate in the program, the agency must assess the disability first. The next item subjected for assessment is the participant’s NDIS plans that contain the course of actions to achieve the goal. In the case of martial arts training, the agency shall assist in finding a training school, all fees and expenses paid.