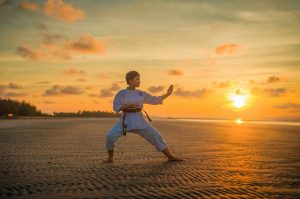 Martial Arts or Video Games: Which Is Better?

Video games have become an integral part of many people’s lives during the last 10 – 20 years. On average, young people spend 53 hours each week staring at their digital gadgets, which isn’t surprising anymore.

“While it’s true that online gaming can be entertaining, there are many other diverting things to do with the time you spend online. You can engage in sports or practise martial arts which have a more favourable effect on your body,” advised martial arts enthusiast and kids party planner Harry Nevin of Balloons Sydney.

Read through to know more about the positive effects of martial arts.

Getting to the next stage in a video game is among the most pleasurable aspects of the experience. At the end of all the hard work, after you’ve completed what you set out to achieve and have earned the next level, you’ll feel a sense of accomplishment. This sense of fulfilment makes video games more addicting, making you not want to stop.

Martial arts training provides a similar sense of accomplishment while advancing from one level to the next. You’re always learning new things and mastering them. You can achieve success and confidence through the practice of discipline and consistency.

Unlike playing online games, martial arts training never stops. There’s always room to develop, pick up new techniques, move through the belts, and pass on your expertise to less-skilled peers. 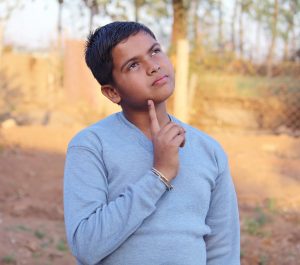 Nowadays, most video games aren’t designed to be played alone. To complete particular goals or fight against each other, many players form groups to play online and communicate. We can’t dispute that video games are becoming increasingly social, but it doesn’t mean that they can replace genuine human ties.

Some schools place a high value on developing social skills, meeting new friends, and cooperating with others. In martial arts classes, students form lifelong bonds with their fellow students, and the camaraderie and support are remarkable. Friendships forged in martial arts studios are far more valuable and lasting than those formed online.

3. Being A Couch Potato vs Being Physically Active

Playing video games can make you a couch potato. All the activity in the games makes you feel as if it is realistic. Children and adults alike become absorbed in virtual worlds, losing sight of the significance of staying active and engaged in the real world.

In general, a person’s overall health degrades as more time is spent in front of a screen. You play various games, consume a diet of essential, low-nutrient foods, and entirely give up on exercise.

Participating in martial arts is a great way to stay in shape while having a lot of fun. Even if you’ve never played a sport before, these classes are ideal for any level. You’ll see an increase in your power and speed in as little as a few months. In addition to increasing your muscular mass, you’ll learn new eating habits and become more conscientious about what you put in your body. 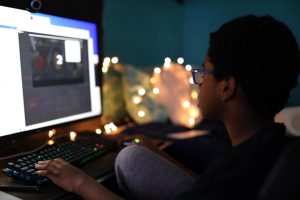 Pinnacle Martial Arts in Marrickville Inner West Sydney , Earlwood in Canterbury Bankstown Area & Chester Hill in South West Sydney understands that you don’t have to completely give up on video games if you also want to take up martial arts. With the proper discipline, we can help you enjoy the two activities simultaneously and have the best of both worlds.

No matter the age, our Martial Arts Classes empower the students to step up and strengthen their physical, moral, and character development.

Catch our special offers and book your free class here.